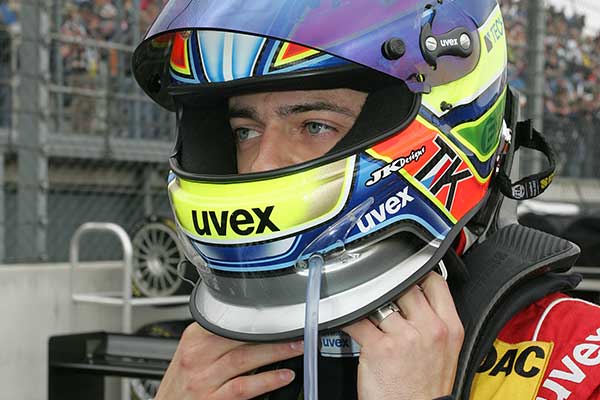 Audi Sport Italia has unveiled their first new ace for the 2014 EUROV8 SERIES as the championship is scheduled to kick-off on the 6th of April at Monza. The Novara-based squad has reached an agreement with young Czech racer Tomas Kostka, who will campaign an Audi RS5 in all six rounds scheduled for this season.

The 29-year driver has built an noticeable resume over the years as he entered the 2009 DTM season on an Audi racecar before ending up as the season’s top rookie. He also enjoyed a successful stint in open-wheel racing. His best seasons came in the Formula 3000 Master (he scored one win at Istanbul in 2006), F.Renault 3.5 and A1GP, before moving to touring and GT cars. In the following season, he won the Czech Touring Car championship three times in 2008, 2010 and 2011 while also made his way to rallying with a third place in the 2012 IRC Barum Czech Rally.

“We are extremely happy to have reached an agreement with an high-caliber driver like Kostka - said Audi Sport Italia Team Manager Roberta Gremignani - it’s interesting to have an experienced rally driver in the team because both Emilio Radaelli and I have some good rallying memories. Then the fact that he’s Czech will bring many fans on-track at Brno. In addition to him, we are defining the rest of our line-up with some new names we will be announcing soon”.

Audi Sport Italia will face a brand-new challenge this season after cruising to the Italian and International Superstars titles last season, and they are determined to live up to their successful tradition. In 2013 the Ingolstadt-based brand won seven races, while Audi Sport Italia had also cruised to the Italian Championship honours in 2007 and 2008. Then in 2012 they also cruised to a double crown with the RS5 and young Swede Johan Kristoffersson.